For the 6th year Coface is happy to organise its significant annual event, Country Risk Conference 2016. This important meeting of Coface clients and leading experts in the Czech business environment is constantly growing and retains its prestige.

Program of the conference will newly offer panel discussions with experts in each area, focusing on new export opportunities in 2016, migration in Europe and at the end of the conference representatives from successful Czech companies will support you with their stories. 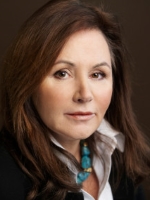 Mrs. Kompowska graduated with a master in economics from the prestigious Warsaw School of Economics and took part in the exchange program of the French University of Rouen.
22 years ago She joined Coface in Poland. As the Managing Director she took an active part in building up the business for Business Information and Debt Collection. In 2003 Coface Poland launched, besides Creditmanagement Services, Credit Insurance on the market. Due to a strong commercial focus she managed to grow this business impressively over the past years. A further Milestone was the opening of Factoring in 2006, now one of the leading providers in the country.

In 2009 Mrs. Kompowska was promoted to the board of Coface Central Europe Holding and in 2012 to the Chairwoman of the Supervisory Board.

2012 she was appointed as Chief Executive Manager of the Central Europe Region, located in Vienna, where she can now apply her deep industry knowledge and regional experience in further developing the Central European Countries. Since then she also became a member of the Group Executive Committee.

As an expert in credit risk management Mrs. Kompowska is a speaker at national and foreign conferences on credit insurance and receivables management. She is the author of a number of articles and papers on this area. 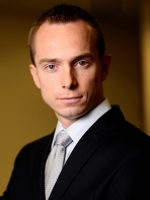 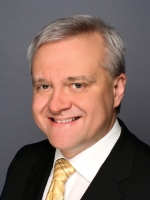 Martin Ruzicka holds the position of Country Manager Coface Czech, where he is responsible for a development of all business lines of Coface in the Czech Republic. He has got a direct responsibility for credit insurance branch of COMPAGNIE FRANCAISE D´ASSURANCE POUR LE COMMERCE EXTERIEUR in Prague, whereas he is working in the area of commercial credit insurance for almost whole its existence in Czech Republic and therefore he is considered to be one of the noted experts in this area. Martin Ruzicka works in the field of credit insurance more than 20 years of which more than 16 years in various management positions. His career included job positions of an analyst, a director of underwriting department, a director of commercial credit insurance section and last but not the least the top managerial positions in a credit insurance company. 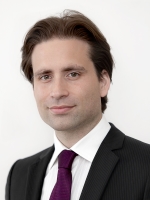 Lukáš Kovanda is a chief economist at financial group Roklen. He lectures at the University of Economics and CEVRO Institute, he has been an economic expert of the Platform for Internet economy, and sits on the Board of think-tank Prague Twenty, of which used to be a leader at the position of executive director.

He is one of the most cited Czech economists in media, and the author of large number of popular and technical economic articles, policy papers and books. In the past he worked as an economic consultant (eg. at Agrofert,..), as well as the chief analyst in magazine Tyden and the daily newspaper Lidove noviny. He was a director of editorials office of economic weekly - Profit.

He has published more than hundred of personal interviews with the world's leading financiers and economists, including many Nobel laureates. In 2009 he published his first book, The Story of a perfect storm and discussions (not only) with Nobel Laureates about financial crisis, in 2011, the followup Story debt storm and discussions (not only) with Nobel Laureates about the impact of the financial crisis. In 2012 he issued a "pop-economics textbook Why is the air for free and virginity precious, which was also translated and published in Slovakia and several reprinted. A year later he published another pop-economic book Why women can not buy their attractiveness and men can. In 2014, he published in Slovakia another book, Happiness is a beautiful thing ... and in the Czech Republic he participated on the preparation of the publication Buying a flat under a magnifying glass. In addition to economics, his hobby is endurance running - in 2014 he successfully passed the New York City Marathon. 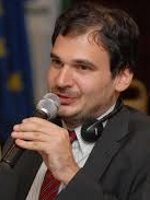 He is Head of the Americas Unit, Foreign Economic Policy II Department, Ministry of Industry and Trade of the Czech Republic from August 2013. At the Ministry he has been operating since 2011. In between the years 2009 and 2011 he worked in Brazil at the Delegation of the European Union. Previously, he worked at the Ministry of Foreign Affairs or at the Department of Foreign Rectorate at Charles University in Prague. He is a graduate of Charles University in Prague (field of study: Portuguese and International Area Studies). 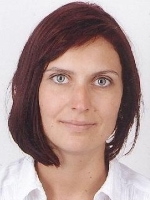 Tereza De Castro is the assistant professor of economics in the Department of World Economy, Faculty of International Relations, at the University of Economics in Prague. She specializes in international trade, world economy, and emerging countries. In her past research she has particularly focused on BRICS countries and their trade relations. Her recent work has focused on global value chains, position of the Czech Republic within the chains and possibilities for upgrading. Tereza De Castro has experiences from study/research stays in the USA, Hong Kong, China (Beijing) and Germany. She is a founding member of the Center for Asian Studies (CAS) at the Faculty of International Relations. 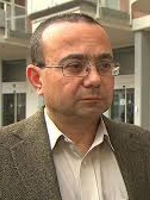 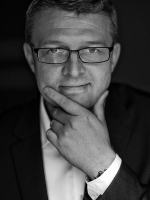 He has studied Faculty of Civil Engineering at Czech Technical University in Prague, PIBS at Manchester Metropolitan University, his doctoral studies has finished at Faculty of Business Administration at the University of Economics in Prague, where he also at the Faculty of Finance and Accounting habilitated to associate professor. Since the nineties he defends the interests of entrepreneurs, holds the position of Chairman of the Board of the Association of Small and Medium-Sized Enterprises and Crafts in Czech Republic. He is a co-owner of SINDAT, which operates since 1990 in the areas of secondary industries and new technologies. Mr. Havlicek has been engaging in the academic environment, at the University of Finance and Administration he operates as the dean of the Faculty of Business Studies. He is the most cited author on the topic of domestic management of small enterprises and SMB’s, he has written five books and published more than a hundred articles in the Czech Republic and abroad. He is a member of the Government Council for Research, Development and Innovation and the Government Council for competitiveness and economic growth. Outside the mother tongue, he speaks English, German, Russian, Spanish, French and partly in Chinese. 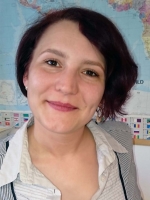 Since 2015 she operates at the Department of Economic Diplomacy of the Ministry of Foreign Affairs as a Head of Services for Exporters. In between years 2010 and 2014 she worked at the Czech Embassy in Ulaanbaatar as a Head of Economic Department. Mrs. Zakova's previous experience comes from the Ministry of Industry and Trade and a wide range of individual experiences on jobs from abroad in private sector. She graduated from the University of Economics in Prague, field of study: International Business at The Faculty of International Relations. Her previous study experience has gained in the United States and Austria. 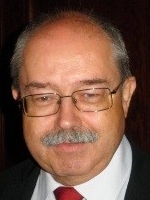 From 2012 is The Deputy Director of Foreign Economic Policy II, Department and Head of the Unit of Asia, Africa and Australia at Ministry of Industry and Trade of the Czech Republic. He has been operating at Ministry of Industry and Trade (formerly as Federal ministry of Foreign Trade) since November 1991. Outside Czech Republic, he has also worked at the Business department of the Embassy in Manilla, Philippines (1986 – 1991) and in Pretoria, South Africa (2002 – 2006). Mr. Kulovany graduated from The University of Economics in Prague. 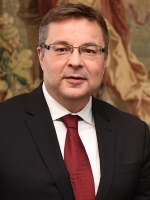 Martin Tlapa acts as Deputy Minister of Foreign Affairs for Non-European Countries and Economic Diplomacy since March 2014. In this position, he manages the Section for non-European countries, Economic and Development Cooperation of the Ministry. Prior to joining MFA, he served as Deputy State Secretary for European Affairs at the Office of the Government of the Czech Republic (2012 – 2014), and acted as Deputy Minister at the Ministry of Industry and Trade (2004 – 2012). At the CzechTrade Promotion Agency, which he joined in 1997, he acted as Secretary General, Deputy Director General (1997-1999), and Director General (2000-2004). He was posted at the Embassy of the Czech Republic in Canada as Secretary for Commercial and Economic Affairs (1992 – 1996). Martin Tlapa gained his education at the Sheffield Hallam University/Czech Technical University (Master of Business Administration, 1999-2002) and at the University of Economics, Prague, Faculty of Trade (Ing., 1985 – 1989). He delivers lectures at the University of Economics, Prague, and publishes studies and articles on economic and international trade issues. He was awarded Branch Manager for Business Services by the Czech Manager Association, Confederation of Industry of the Czech Republic and Confederation of Employer’s and Entrepreneur’s Associations (2002 – 2003).