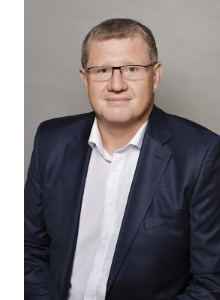 From September 1st 2016 Pavel Schweiner was appointed new Country Manager of Coface Czech Republic. He began his career in 1992 as a marketing manager in CAC LEASING (now Unicredit Leasing). Since 1994 he worked as a Commercial director and board member in O.B. HELLER (now ČSOB Factoring) and as a member of the Supervisory Board of OB HELLER Slovakia. After leaving factoring in 2005 he became Director of international trade at OEZ Letohrad, where he was responsible for branch network in Russia, Poland, Ukraine and Germany. In 2007 Pavel Schweiner was attracted by factoring again and was appointed CEE Regional factoring manager of the British HSBC Bank and lead business development in Poland, in the Czech and Slovak Republic. Since 2010 he held the position of Business Director in Coface Czech Republic.

Pavel Schweiner is 49 years old. He graduated from the University of Mechanical and Electrical Engineering in Pilsen. He speaks Czech, English, German and Russian.